Obituary for Donald A. Maines 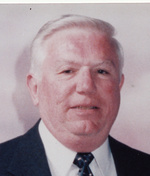 MECHANICVILLE Donald A. Maines, 84, of N. Main St. died peacefully Monday, Feb. 3, 2020 at Samaritan Hospital. Born in Philadelphia, he was the son of the late James G.S. Maines and Helen McHugh Maines.

Don moved to Troy as a young child and was educated at Catholic High in Troy and the Russell Sage Junior College of Albany. He served in the US Army during the Vietnam Era. Don and his wife Ruth established and operated The Branch Restaurant as well as The Vault Restaurant, both in Albany. Don was a proud 28-year member of the American Legion Mohawk Post 1450.

He was the husband of the late Ruth Amadon Maines for over 49 years. Don was predeceased by his brother CMSgt. James Maines of Ft. Walton Beach, Fl. and his sister Helen (Robert) Turcotte of Cohoes, NY. He is survived by several nieces and nephews.

Funeral services will be private at the convenience of the family.

Memorial contributions may be made to local ASPCA.