To share your memory on the wall of James Garrett, sign in using one of the following options:

Print
TROY James Edward “Cricket” Garrett, died October 24, 2019. He was born in Jennings, LA on December 27, 1946. He was the son of the late Howard and Ruth (Engelbrecht) Garrett. For over 52 years he shared his life with Maryann.

Cri... Read More
TROY James Edward “Cricket” Garrett, died October 24, 2019. He was born in Jennings, LA on December 27, 1946. He was the son of the late Howard and Ruth (Engelbrecht) Garrett. For over 52 years he shared his life with Maryann.

Cricket was raised in Colorado; joined the US Army at 17 and is a Vietnam Veteran. He retired from the Watervliet Arsenal after 31 years in telecommunications. He had a second career in IT with St. Peter’s Health Partners. Cricket excelled in troubleshooting detailed problems. He was always willing to help a friend with computer or electrical problems.

Cricket was a longtime member of the Cohoes Waterford Elks, Lodge #1317 and twice named “Elk of the Year”.

Relatives and friends may visit at the Fitzgerald Funeral Home, 105 Vliet Blvd., Cohoes on Tuesday October 29th from 4-6 pm

Inurnment with full military honors will be in the Gerald B.H. Solomon Saratoga National Cemetery in Schuylerville at the convenience of the family

To send flowers to the family or plant a tree in memory of James E. "Cricket" Garrett, please visit our Heartfelt Sympathies Store.

Receive notifications about information and event scheduling for James

We encourage you to share your most beloved memories of James here, so that the family and other loved ones can always see it. You can upload cherished photographs, or share your favorite stories, and can even comment on those shared by others.

Posted Oct 26, 2019 at 01:12pm
We are sorry to hear of Cricket's passing. We spent many hours with him at the Lodge listening to his stories, his wealth of information and enjoying his sense of humor. He will be missed. 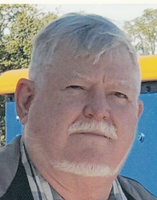