Obituary for Joseph A. McGraw Jr. 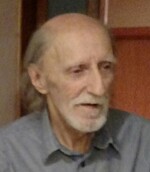 Joe was born in Cohoes to Joseph A. McGraw, Sr. and Loretta Provost McGraw. He graduated from Keveny Memorial Academy and attended the Albany College of Pharmacy. He went on to serve honorably in the US Navy being stationed primarily in Guam during the Vietnam War.

Joe worked for many years at H&M Construction in Cohoes with both his father and his brother, Michael. Prior to that he had been employed at the Cohoes Hospital. He was extremely passionate about Jeopardy and an avid NY Giants football fan.

Joe was the beloved brother of Lorraine Cepiel (late Edward), Michael (Christine) McGraw and the late Anthony McGraw. He was the uncle of Mark (Linda) Cepiel, Shelly (Joe) DeCicco, Eric (MaryBeth) Cepiel, Michael (Audrey) McGraw and Melanie McGraw and the great uncle of Riley, Ian and Brody Cepiel, Tabitha and Tailynn DeCicco, Shannon and Cole Cepiel and Sara McGraw. He is also survived by several cousins and friends.

Funeral services will be private at the convenience of the family. Joe will be interred in St. Joseph’s Cemetery, Waterford.