To share your memory on the wall of June Nava, sign in using one of the following options:

Print
COHOES June Lasher Nava, 87, formerly of Troy passed away with her daughter by her side on Thursday, September 3, 2020 at the Eddy Village Green.

Born in Albany, June was the daughter of the late Frank and Jean McCarty Lasher. She gradu... Read More
COHOES June Lasher Nava, 87, formerly of Troy passed away with her daughter by her side on Thursday, September 3, 2020 at the Eddy Village Green.

Born in Albany, June was the daughter of the late Frank and Jean McCarty Lasher. She graduated from St. Ann’s Academy in Albany and went on to work for many years at New York Telephone Co. in Menands until her retirement in 1981.

June is survived by her loving daughter Linda A. Harbacz and her husband Walter of Cohoes; by her sister Dorothy (Frank) Maclutsky of Albany; by her three grandchildren who she adored, Nicholas, Krista and Sarah (Bryan) as well as several nieces and nephews. In addition to her parents, June was predeceased by her son, Ruben Nava and by her sisters, Ruth Lasher Commisso and Jean Lasher Lombardo.

June was an avid sports fan with a fierce passion for the Boston Red Sox. She lived for trips to games, lunch with the girls from the phone company, and most of all, the time she spent with her family. To know June was to be touched by her love. She had a huge heart and will always be remembered for the abundant love she gave to all around her.

Funeral services will be held privately at the convenience of the family. Interment will take place in the family lot in Calvary Cemetery, Glenmont.

Memorial contributions may be made to the Alzheimer’s Association 4 Pine West Plaza #405, Albany, NY 12205.

Words cannot express our heartfelt appreciation for the kindness and support given by the staff at the Eddy Village Green, especially those in house 5. Their unfaltering care, love and compassion provided to our Mother and Grandmother will always be treasured.
Read Less

To send flowers to the family or plant a tree in memory of June A. Nava (Lasher), please visit our Heartfelt Sympathies Store.

Receive notifications about information and event scheduling for June

We encourage you to share your most beloved memories of June here, so that the family and other loved ones can always see it. You can upload cherished photographs, or share your favorite stories, and can even comment on those shared by others.

Clark, Amanda, Brian, Wyatt, and Maxwell Fisher sent flowers to the family of June A. Nava (Lasher).
Show you care by sending flowers

Posted Sep 07, 2020 at 04:17pm
Please accept our most heartfelt sympathies for your loss. We are thinking of you and your family during this difficult time. 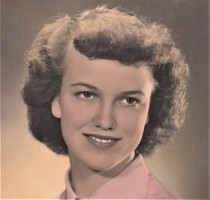