To share your memory on the wall of Randall Odell, sign in using one of the following options:

Randy lived in Cohoes for most of his life and was veteran of the US Army. Thereafter, he worked for many years as a research analyst for the NYS Dept. of Agriculture and Markets in Albany until his retirement in 2000. In his spare time, he loved to go camping and fishing. He also enjoyed computer programming and working with his cameras.

Randy will always be remembered for his kind and gentle spirit.

Randy is survived by his loving companion of 45 years, Rose Mary Sleasman and by her daughter, Sherry Morrison both of Cohoes; by his brother in law, Robert Kennedy of Clifton Park; by his grandchildren, Maille Maloney of Cohoes, Corey Caswell of Halfmoon and Alyssandria Lisboa of Cohoes; and by his great granddaughter, Maisie Adams. He is also survived by his nephews as well as his extended family to whom he was very close.

Relatives and friends may visit at the funeral home Thursday from 5-7 p.m.
Read Less

To send flowers to the family or plant a tree in memory of Randall E. "Randy" Odell, please visit our Heartfelt Sympathies Store.

Receive notifications about information and event scheduling for Randall

We encourage you to share your most beloved memories of Randall here, so that the family and other loved ones can always see it. You can upload cherished photographs, or share your favorite stories, and can even comment on those shared by others.

Maille and Maisie sent flowers to the family of Randall E. "Randy" Odell.
Show you care by sending flowers

Maille and Maisie purchased flowers for the family of Randall Odell. Send Flowers

Posted Aug 20, 2019 at 12:40pm
My favorite memory is how he would help us discuss an allowance raise with our parents, and by the time the discussion finished we were always closer to losing our allowance then to getting a raise!
Comment Share
Share via:
HS

Flowers were purchased for the family of Randall Odell. Send Flowers 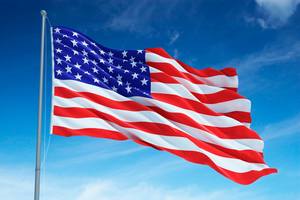