To share your memory on the wall of Roseanne Roylance, sign in using one of the following options:

Roseanne worked as an aide at the Cohoes School District for over 30 years. Her family and the school were her life. She was an active participant in the American Cancer Society Relay for Life and in her earlier years she also belonged to the Cohoes Moose Club.

She is survived by her twin daughter Roxanne and her son Daniel Roylance both of Cohoes; by her 4 grandchildren; by her 8 great grandchildren as well as several nieces and nephews and by her sister in law.

Funeral services will be held Tuesday at 10 a.m. at the Fitzgerald Funeral Home, 105 Vliet Blvd., Cohoes. Interment will follow in Memory Gardens, Colonie.

Relatives and friends may visit at the funeral home Monday from 4-8 p.m.

Memorial contributions may be made in Roseanne’s memory to a charity of one’s choice.

The family would especially like to thank the staff at Diamond Hill who were kind to their Mother.
Read Less

To send flowers to the family or plant a tree in memory of Roseanne F. Roylance (Labriola), please visit our Heartfelt Sympathies Store.

Receive notifications about information and event scheduling for Roseanne

We encourage you to share your most beloved memories of Roseanne here, so that the family and other loved ones can always see it. You can upload cherished photographs, or share your favorite stories, and can even comment on those shared by others.

The Bumbulsky's and Love, Holly, Steve, Patrick, Sarah and Heather sent flowers to the family of Roseanne F. Roylance (Labriola).
Show you care by sending flowers

The Bumbulsky's purchased the Peaceful White Lilies Basket for the family of Roseanne Roylance. Send Flowers

Posted Oct 05, 2019 at 07:18am
My beautiful Aunt, you are loved and will be forever missed. Our thoughts and prayers with all the family and friends. 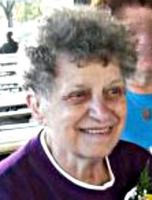 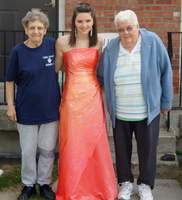