To share your memory on the wall of Stanley Goyette, sign in using one of the following options:

Print
WATERFORD Stanley J. Goyette, 92, of Middletown Rd. died peacefully, Thursday October 24, 2019 at the Eddy Memorial Geriatric Ctr. Born in Cohoes, he was the son of the late Joseph and Josephine Foster Goyette.

Stanley was a graduate of... Read More
WATERFORD Stanley J. Goyette, 92, of Middletown Rd. died peacefully, Thursday October 24, 2019 at the Eddy Memorial Geriatric Ctr. Born in Cohoes, he was the son of the late Joseph and Josephine Foster Goyette.

Stanley was a graduate of Cohoes High School and went on to serve honorably in US Army during WW II. He and his brother owned and operated Goyette’s Plumbing in Cohoes for many years until his retirement. He was longtime communicant of the former St. Joseph’s Church in Cohoes and most recently of Church of the Holy Trinity.

In his free time he always enjoyed bowling, fishing and deer hunting.

Stanley was the brother of the late Joseph V. Goyette and Loretta Malesky (Ralph); the brother in law of Jeanne Goyette; the uncle of Carol LaPointe (Robert), the late Kathleen Napoli (Daniel), Michael Goyette (Donna), David Goyette (Gloria), Matthew Goyette (Juanita), Andrew Goyette (Debbie), and Lawrence Goyette. He was the dear friend of the late Doris Kane and is also survived by several great nieces and nephews.

Funeral services will be Tuesday October 29th at 8:30 a.m. at the Fitzgerald Funeral Home, 105 Vliet Blvd., Cohoes and at 9:00 a.m. at the Church of the Holy Trinity Cohoes. Interment will follow with military honors in St. Joseph’s Cemetery, Waterford.

Relatives and friends may visit at the funeral home Monday from 4-7 p.m.
Read Less

To send flowers to the family or plant a tree in memory of Stanley J. Goyette, please visit our Heartfelt Sympathies Store.

Receive notifications about information and event scheduling for Stanley

We encourage you to share your most beloved memories of Stanley here, so that the family and other loved ones can always see it. You can upload cherished photographs, or share your favorite stories, and can even comment on those shared by others.

Beth, Kelly and Lindsey Ives purchased flowers and planted a memorial tree for the family of Stanley Goyette. Send Flowers 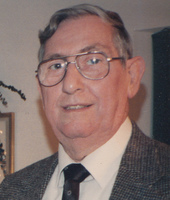