To share your memory on the wall of Steven Wright, sign in using one of the following options:

After graduating from Cohoes High School, he served his country by enlisting in both the United States Navy and then the United States Army. In the Army he served with the 82nd Airborne Division at Fort Bragg and the 76th Transportation Company in Germany. As a member of the 76th he was awarded a certificate of achievement for distinguished service.

He continued his service as a member of the Spring Lake, NC Volunteer Fire Department. He worked as a truck driver for many years with Schneider Trucking Company before being employed with McCarter Electric.

He enjoyed NASCAR, fishing, water-skiing, and golfing. Most of all Steven enjoyed spending his time with his wife, children, and grandchildren.

Steven was predeceased by his brother Robert "Bobby" Wright.

Private family services will be held at a later date.
Read Less

To send flowers to the family or plant a tree in memory of Steven N. Wright Sr., please visit our Heartfelt Sympathies Store.

Receive notifications about information and event scheduling for Steven

There are no events scheduled. You can still show your support by sending flowers directly to the family, or planting a memorial tree in memory of Steven N. Wright Sr..
Visit the Heartfelt Sympathies Store

We encourage you to share your most beloved memories of Steven here, so that the family and other loved ones can always see it. You can upload cherished photographs, or share your favorite stories, and can even comment on those shared by others.

Your Friends at Lydall 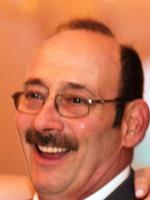