To share your memory on the wall of William Carter, sign in using one of the following options:

Born in Albany, Bill was the son of the late William and Rita Gathan Carter. He was a veteran of the US Air Force having served hon... Read More
COHOES William H. Carter, 67, entered into eternal rest Tuesday, August 11, 2020 at Glens Falls Hospital.

Born in Albany, Bill was the son of the late William and Rita Gathan Carter. He was a veteran of the US Air Force having served honorably as a Sergeant in the Vietnam War. Returning home, he worked at GE Silicones in Waterford for over 30 years until his retirement.

Bill was an active member of the Cohoes Waterford Elks Lodge #1317 serving as a Tiler and prior to that at the Selkirk Elks Lodge where he had been past Exalted Ruler. He also was a 4th Degree Knight of Columbus and a member of Cohoes Knights of Columbus Council #192 where he served on the Bingo committee. He was a communicant of St. Michael’s Church in Cohoes and a Eucharistic Minister. He also belonged to the Albany American Legion.

Together for over 28 years, Bill is survived by his loving wife Karen Bailie-Carter; by his children, Greg Ornoski (Olga) of Teaneck, NJ, Grace Bailie of Clifton Park, Lance Carter of Latham, Kim Cushing (Chris) of Guilderland, Jason Carter of Averill Park and Paul Bailie (Chrissy) of Cohoes; by his siblings Jackie Knight (Larry) of Kinderhook and Polly Riley (John) of Pittstown. He is also survived by 16 grandchildren, 3 great grandchildren and several nieces and nephews. He was predeceased by his brother, Richard Carter.

A Mass of Christian Burial will be celebrated Tuesday at 9 a.m. at St. Michael’s Church, Cohoes. Interment will be private in the Gerald BH Solomon Saratoga National Cemetery, Schuylerville.

Relatives and friends may visit Monday from 4-7 p.m. at the Fitzgerald Funeral Home 105, Vliet Blvd., Cohoes. Masks will be required and social distancing regulations will be observed.

To send flowers to the family or plant a tree in memory of William H. Carter, please visit our Heartfelt Sympathies Store.

Receive notifications about information and event scheduling for William

We encourage you to share your most beloved memories of William here, so that the family and other loved ones can always see it. You can upload cherished photographs, or share your favorite stories, and can even comment on those shared by others.

AASF #3 Staff, Spartan G32 Team, and other have sent flowers to the family of William H. Carter.
Show you care by sending flowers

Guaranteed hand delivery by a local florist
AS

Posted Aug 15, 2020 at 09:23am
Please accept our most heartfelt sympathies for your lossour thoughts are with you and your family during this difficult time.

Posted Aug 14, 2020 at 10:26am
My sincere condolences to Bill's family. I recall many spirited discussions with Bill during our time together at GE Silicones. I was impressed with his insight, communication style, work ethic, and ability to get things done. Our piece of the world was a better place with Bill in it.
Comment Share
Share via:
G

Posted Aug 14, 2020 at 09:52am
With heartfelt condolences to Greg Ornoski & Family. May your stepfather Rest in Peace. From all of your GSK Packaging Colleagues. Flowers have been sent.
Comment Share
Share via:
HS

Posted Aug 14, 2020 at 08:47am
With heartfelt condolences, Greg & family. From all of your GSK Packaging colleagues.

Vivid Recollections was purchased for the family of William Carter. Send Flowers 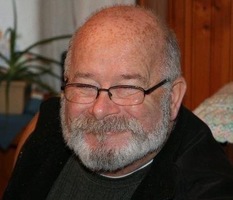