To share your memory on the wall of Jan Tuma, sign in using one of the following options:

Print
COHOES Jan Tuma, 90, passed away at his home in Cohoes, NY of natural causes. He was born in Belarus, which was part of Greater Poland.

He experienced the severity of W.W.II and it’s aftermath with Communist Russia, which haunted him.<... Read More
COHOES Jan Tuma, 90, passed away at his home in Cohoes, NY of natural causes. He was born in Belarus, which was part of Greater Poland.

He experienced the severity of W.W.II and it’s aftermath with Communist Russia, which haunted him.

Having to serve mandatory military duty, he was stationed in Estonia with forced labor as mason rebuilding homes.
When he became injured from overwork, he was charged 35 years for Political Treason and sent to the Siberian lumber industry Gulag to serve his time.

There he tailored also for the military assisting him in some reprieve from the harsh conditions of life.

Sponsored by his half-brother, Joseph Tuma, he went to the heart of Poland.
There he met Felicja Romanowska and they wed.
With his wife and 2 daughters, they came to America sponsored by a cousin, Ignas.

A mason by trade, Jan worked with the Bricklayers and Allied Craftsmen Union in many projects throughout the area, including the South Mall in Albany, as well as, Albany’s oldest church.
He is listed in Albany’s Historic Society of Restoration, and also worked on many private homes on State St and others.

Jan promoted Education as an important aspect of offering a better life for his 2 daughters, and 2 grandchildren supporting all through colleges, university, and professional academic institutions.

He grew an annual vegetable garden for over 50 years. In his later years, his hobby was recycling bottles, cans, & metals.

Funeral services will be Friday at 11 a.m. at the Fitzgerald Funeral Home, 105 Vliet Blvd., Cohoes.
Interment will follow in St Michael’s Cemetery, Waterford.

In lieu of flowers memorial contributions may be made to St. Michael’s Church, 20 Page Ave., Cohoes or your local Animal Shelter.
Read Less

To send flowers to the family or plant a tree in memory of Jan "John" Tuma, please visit our Heartfelt Sympathies Store.

Receive notifications about information and event scheduling for Jan

We encourage you to share your most beloved memories of Jan here, so that the family and other loved ones can always see it. You can upload cherished photographs, or share your favorite stories, and can even comment on those shared by others.

Grumbianin family from Pruszkow in Poland sent flowers to the family of Jan "John" Tuma.
Show you care by sending flowers

Posted Mar 07, 2020 at 05:04am
Dear Grace and family; I read the obituary. Wow! What a long and challenging and full life! I am so sorry for your loss, but am glad he is at peace and in the loving arms of God. May you all be comforted at this difficult time.
Comment Share
Share via:

Posted Mar 05, 2020 at 11:29am
Jan was indeed a kind man with a kind heart. We had the pleasure of working with Jan for many years during his employment at Western Waterproofing Co., Inc. He was a very talented mason and took pride in the work he completed. There were far too many projects to note just one....many of them National Historical Sites which will be enjoyed for years to come. I know I speak for all of the "Western Family" when I say we were all truly blessed to have had the pleasure of working with Jan. Our sincerest condolences to his family
Comment Share
Share via:
K

Posted Mar 04, 2020 at 02:00pm
I had the honor and pleasure of knowing Jan. He was a wonderful, kind and warm man. I am better for having met him.
With warm condolences to the family,
Steve Robbiano
Longmont, CO
Comment Share
Share via:

Posted Mar 04, 2020 at 10:16am
Jeanine and family I am so very sorry about your dad. He was quite thee man. I never knew he had gone so much in his early life. He did a fine job raising his lovely family. Give my best to all. Carol De Celle (Kevin Bladen's sister ) My brother also send his best to all.
Comment Share
Share via: 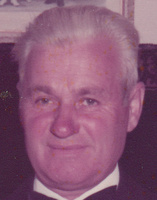