To share your memory on the wall of John Legnard, sign in using one of the following options:

Born on March 26, 1936, he was a lifelong resident of Cohoes. He was the son of the late L... Read More
COHOES John Bernard ("JB") Legnard, a much-beloved uncle, cousin and friend, passed peacefully Friday morning at the Eddy Village Green in Cohoes.

Born on March 26, 1936, he was a lifelong resident of Cohoes. He was the son of the late Leo and Julia (Shea) Legnard, and was predeceased by his sister Eileen (Legnard) Durocher, brother-in-law John Durocher and brother Matthew.

JB worked more than 30 years at the Ford Motor Company in Green Island until its closure in the late 1980's. In retirement, he enjoyed long daily walks through his hometown and into Waterford, stopping along the way for a cookie, an apple pie at Burger King or spending a few minutes conversing with friends he knew for most of his life.

His greatest passion was spending time with his family members, whether just sitting around to play pinochle, occasional travel to California and, later in his life, an annual week's stay in Maine. Even on vacations, he would walk as many as 15 miles daily, stopping along the way for a snack or a coffee.

JB was a graduate of Saint Patrick’s Elementary School and Cohoes High School where he was a running back and a linebacker for the school's football team. He was an extremely avid sports fan, particularly of baseball, but appreciated the way the game was played back in earlier times. He had an encyclopedia-like memory for baseball history. He was a regular spectator at games or other activities of his nieces and nephews, rarely missing one of their games or performances.

He proudly served his country in the New York State Army National Guard as well as the U.S. Army.

He enjoyed telling stories of his younger days, and his family members heard and enjoyed the same ones many times.

JB was a music lover, particularly from the era of his younger days. He had a great sense of humor and enjoyed teasing those closest to him. He had a variety of funny cliches, mostly sports related, that he would add to conversations. He could recite the Abbott & Costello "Who's On First" routine by heart, and often did.

He was also predeceased by a much-loved nephew, John Durocher; and grand-niece Julie Marie Amedio.

He is survived by his nieces Debbie (Larry) DerGurahian of Latham, Karen (Steve) Amedio of Clifton Park, Paul Durocher of Fresno, Calif. and Kevin (Mary Beth) Durocher of Waterford.

A Mass of Christian Burial will be celebrated Wednesday, September 16, 2020 at 11 A.M. at the Church of the Holy Trinity, 122 Vliet Blvd., Cohoes. Burial will follow in St. Agnes Cemetery, Cohoes. Masks will be required and social distancing regulations will be observed.

Memorial contributions may be made to the American Cancer Society, 1 Penny Lane, Latham, NY 12110.
Read Less

To send flowers to the family or plant a tree in memory of John Bernard "JB" Legnard, please visit our Heartfelt Sympathies Store.

Receive notifications about information and event scheduling for John

We encourage you to share your most beloved memories of John here, so that the family and other loved ones can always see it. You can upload cherished photographs, or share your favorite stories, and can even comment on those shared by others. 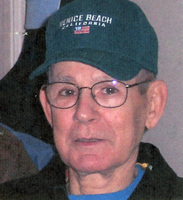