To share your memory on the wall of George Macchi, sign in using one of the following options:

George was educated in the Lee Schools and was a World War II veteran of the United States Army serving overseas. He was employed as a butcher with Food Circus in Cohoes. He was a member of the Loyal Order of the Moose and was recognized as one of the oldest members of the American Legion, ET Ruane Post 476. George enjoyed playing cards, playing the daily numbers, watching his favorite football team, the Dallas Cowboys and had a fondness for animal shows. George enjoyed the companionship of everyone; he was a “people person”, personified.

Funeral services are private and at the convenience of the family.
Read Less

To send flowers to the family or plant a tree in memory of George J. Macchi, please visit our Heartfelt Sympathies Store.

Receive notifications about information and event scheduling for George

There are no events scheduled. You can still show your support by sending flowers directly to the family, or planting a memorial tree in memory of George J. Macchi.
Visit the Heartfelt Sympathies Store

We encourage you to share your most beloved memories of George here, so that the family and other loved ones can always see it. You can upload cherished photographs, or share your favorite stories, and can even comment on those shared by others.

Posted Dec 24, 2019 at 02:27pm
Wonderful man! Every day he played his numbers at Cohoes Pc- he would tell me very fatherly like” you take your time- let no one rush you “- I will miss him dearly, just like my own dad who also passed on 12/14.
Comment Share
Share via:
C

Posted Dec 23, 2019 at 11:23pm
George was an amazing person and full of life!! He was my father bob Whitney’s great friend who passed in 2003 , he will always be in my heart. I send my condolences to his family may god rest his soul.
Comment Share
Share via: 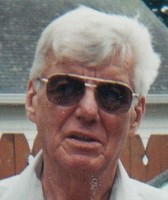